The Recognition Gap: Why Labels Matter in Human Rights Protection 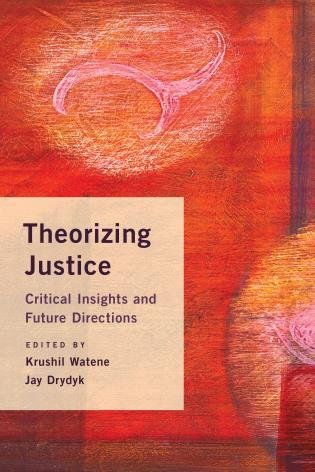 One way to understand human rights is as guarantors of certain broad principles of justice, principles that are then codified in specific norms and laws.  Much discussion about the protection of human rights centers on whether these laws are adequately specified and implemented to ensure that the principles of justice in question are enjoyed by all.  When they are not, what is commonly called a ‘protection gap’ arises.  In this chapter, I first address what are commonly called the ‘implementation’ and ‘normative’ gaps, the kinds of failures of justice that most have in mind when referring to a ‘human rights protection gap’.  Then, I propose and explore what I call the ‘recognition gap’ by examining some particularities regarding the situation of ethnocultural minorities (including indigenous peoples) under international law, especially in Europe.  I aim to demonstrate that the degree to which—and ways in which—different ethnic minority and indigenous groups are protected in international human rights law is not necessarily in direct response to their particular vulnerabilities.  Rather, their protection is heavily dependent upon the label that the government under which they live has applied to them.  That is, certain specialized forms of protection are predicated upon the highly politicized practice of categorizing different ‘types’ of minorities and applying those different protections accordingly, through recognition as, for example, national minorities or indigenous peoples.  This practice gives rise to a sort of legal typology of minorities with the result that different groups with very similar vulnerabilities may be protected differently by the same law.  The failure of justice captured by the recognition gap is of an altogether different nature than the more commonly acknowledged gaps.  It interposes the politics of recognition between the principles of justice in which human rights laws are grounded and the application of existing human rights laws to some of society’s most vulnerable groups.  The recognition gap is one problem of protection that has yet to be clearly articulated in the literature and yet, as I aim to demonstrate in this paper, at risk of falling into it are, among others, many members of Europe’s largest, poorest, and fastest-growing minority:  the Roma.

Visit the Georgetown University School of Foreign Service Global Justice Blog and scroll down for an easily digestible riff on this article.

BOOK: Agency and Democracy in Development Ethics
Cultural Freedom: Worthwhile Development for a Diverse World
‘Reason to Value’: Process, Opportunity, and Perfectionism in the Capability Approach